Mobile gardening with window boxes and containers – for movers and shakers 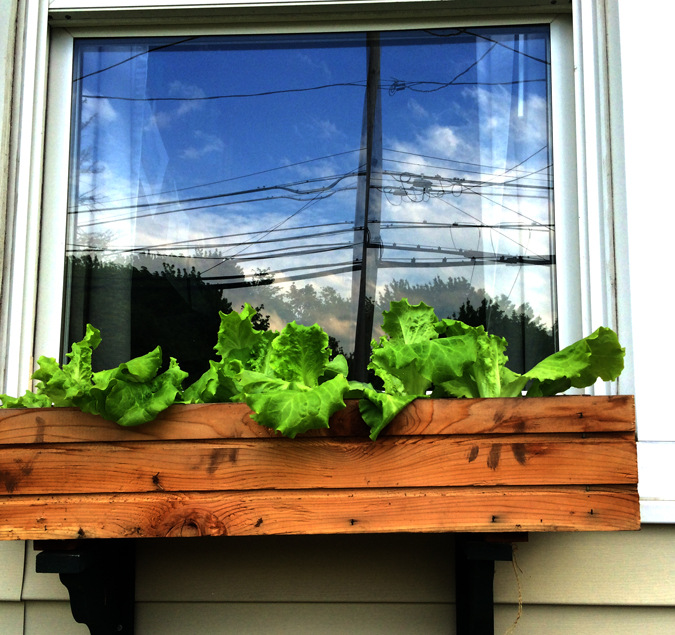 We were, and still are, contemplating moving, so I didn’t want to start a garden if I had to just up and leave it this summer.

On the flip side, if we weren’t going to move, we had some major construction to do at the house, which would be near the garden – and possibly involve destruction of the garden. 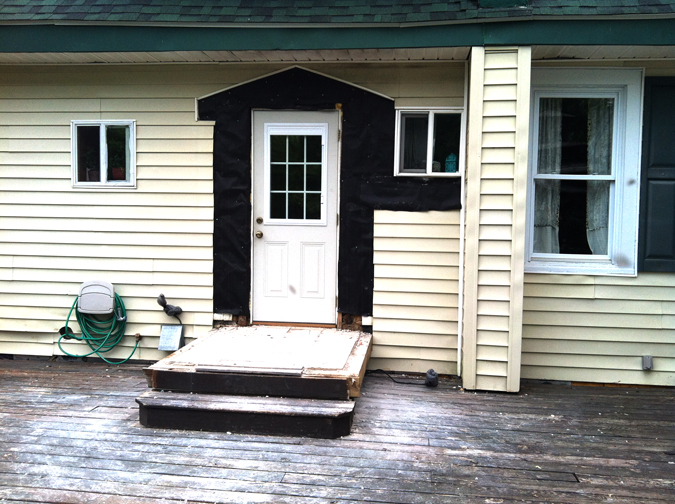 Step one of construction. The hubs ripped out a back entry. I haven’t taken any recent photos, but all of that decking is now gone as well. Goodbye staining!

Attached to that decking is the garden area. 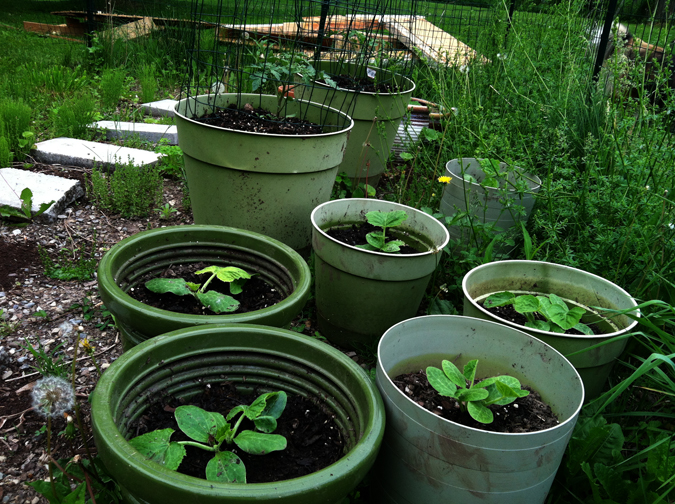 It’s fenced in to keep out the furries, but I didn’t bother to prep it because I knew I wouldn’t use it.

Until I am told to move these suckers, though, the containers stay for safe keeping! But, they are containers, so I’ll just move them around the yard – probably close to the rain barrel – if I have to.

I went to a local greenhouse to pick up some plants. Usually I start from seed, but, alas, unclear future led to waiting and a need for sturdy starters.

The vegetables and herbs came in groups of 6.  I had difficulty finding enough containers that were large enough! I have 6 zucchini, 6 squash, 6 tomatoes, and soooo many herbs. 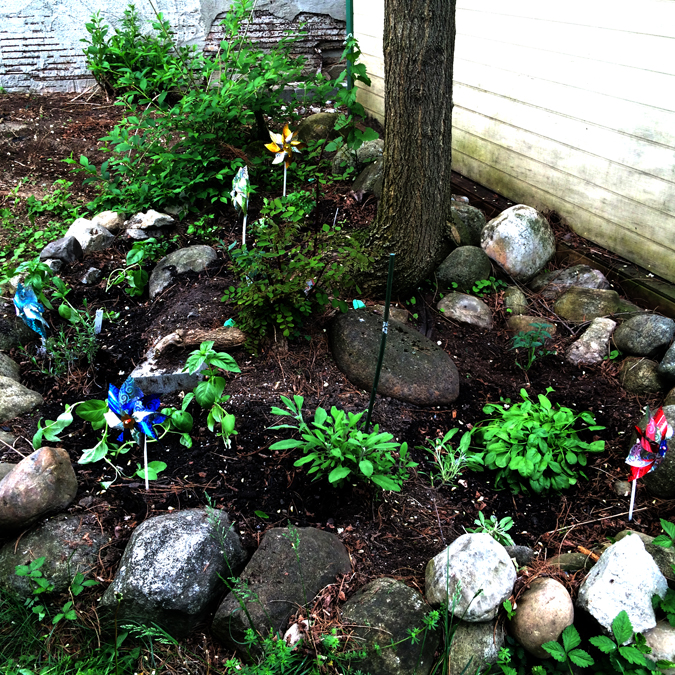 The herb garden is out of the way – for now – so I planted some items where I did last year. Spinach, 2 tomato plants, basil, and parsley. Last year’s rosemary, sage and thyme were all doing well and recovering from winter. Yay!

You can see where the hubs will be doing work later on the house, so I hope these guys will be safe. 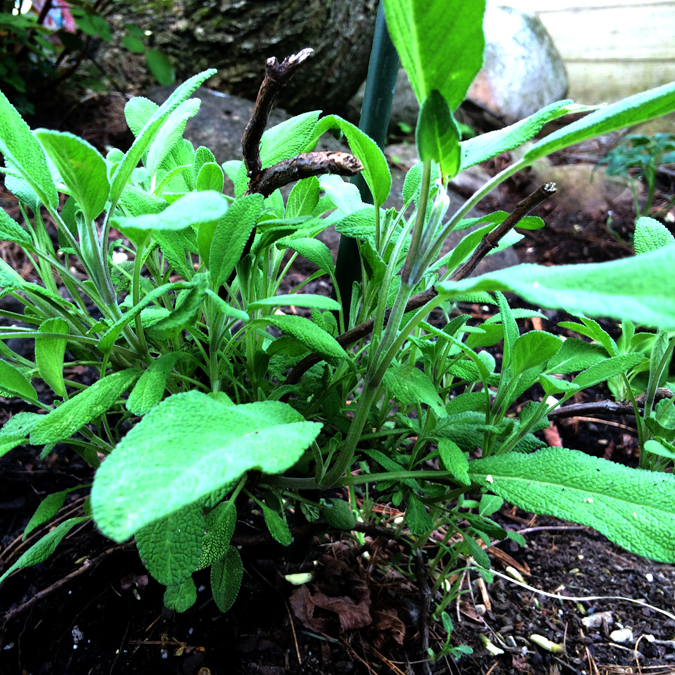 Here’s my off-to-a-great-start sage plant that survived winter. It was a proud moment when I took the pine needles off the herb garden and this guy was all ready to go! 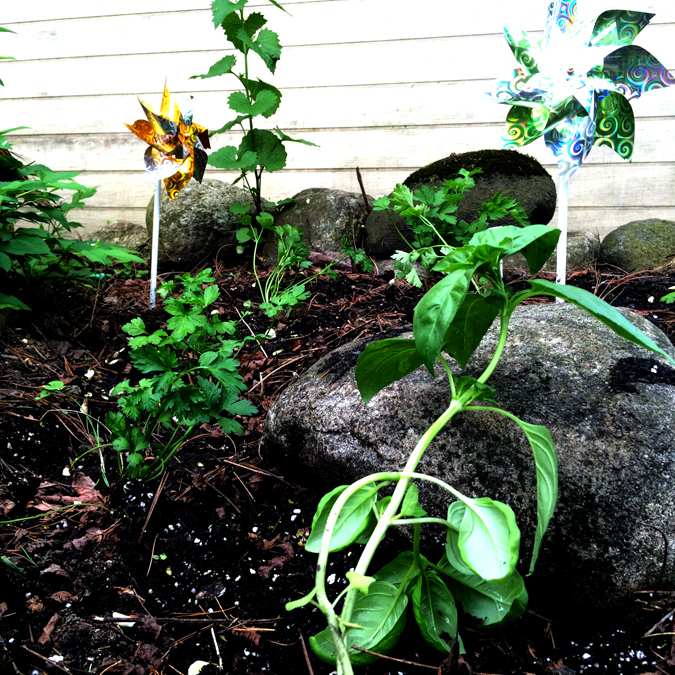 Pinwheels help keep the woodchucks away. Or so I like to believe. 😛 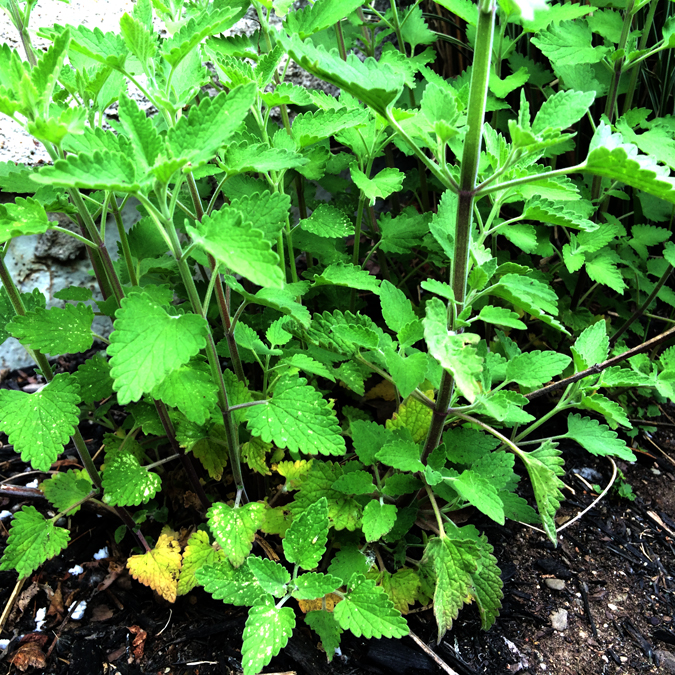 A plant that grows like weeds is mint. I could probably put this anywhere and it would take off. It reliably comes back every year stronger and bushier than ever. This is off to the side of the house with a few of the squashes and butterfly bushes. Great for tea!

And here is the part I am most excited about! Even though the front deck will also be completely ripped out, I thought I should still try to make it pretty up front. So, window boxes! Last year I put creeping jenny in the them and the year before that I had ivy.

But, this year, with limited vegetable real estate, I went crazy and put green leaf lettuce right outside the downstairs bedroom windows. 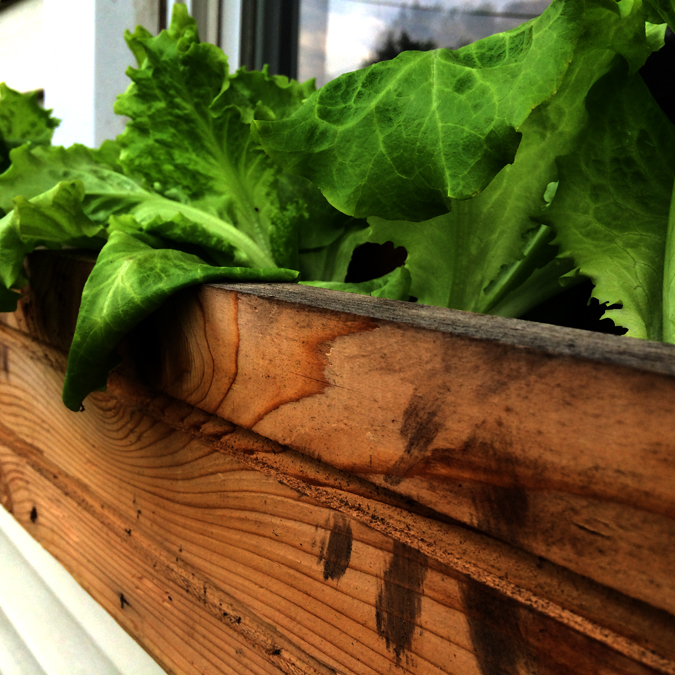 And mixed greens went outside the dining room and kitchen windows. Without a front deck, I’ll have to water them all from the inside, but that will be so easy! So will harvest! Yay! 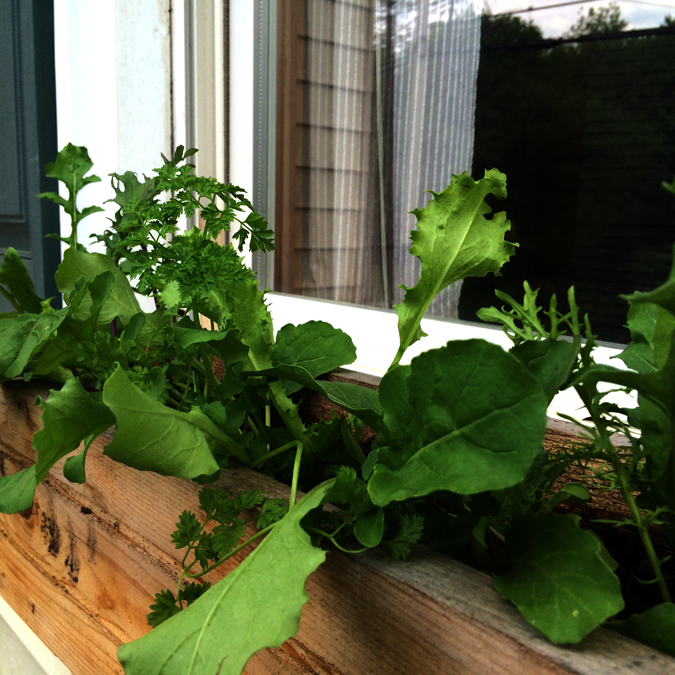 I’ll just pluck – and tuck my head back inside. 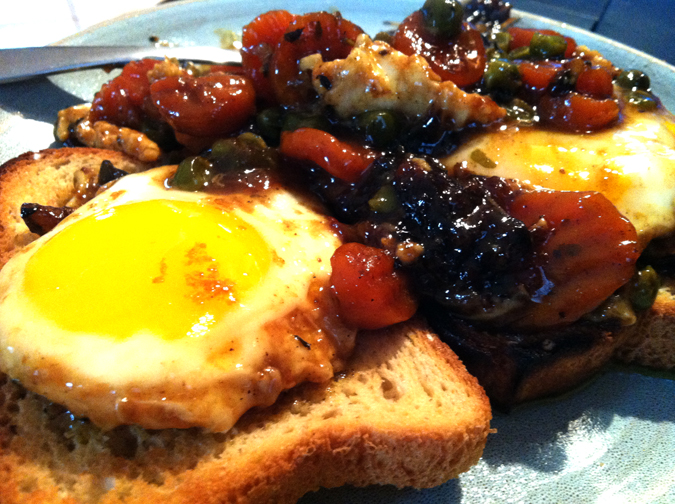 So, if you are thinking about moving this summer – or if your house will be undergoing major construction – think about using containers and window boxes for your gardening needs instead of giving up on the garden altogether.

You can still get your fresh foods, but without the possibility of losing it all to mayhem and sadness.

Or, if you’re clever, and want an easy way to make a salad at dinnertime, plant greens in the window boxes right outside your kitchen! 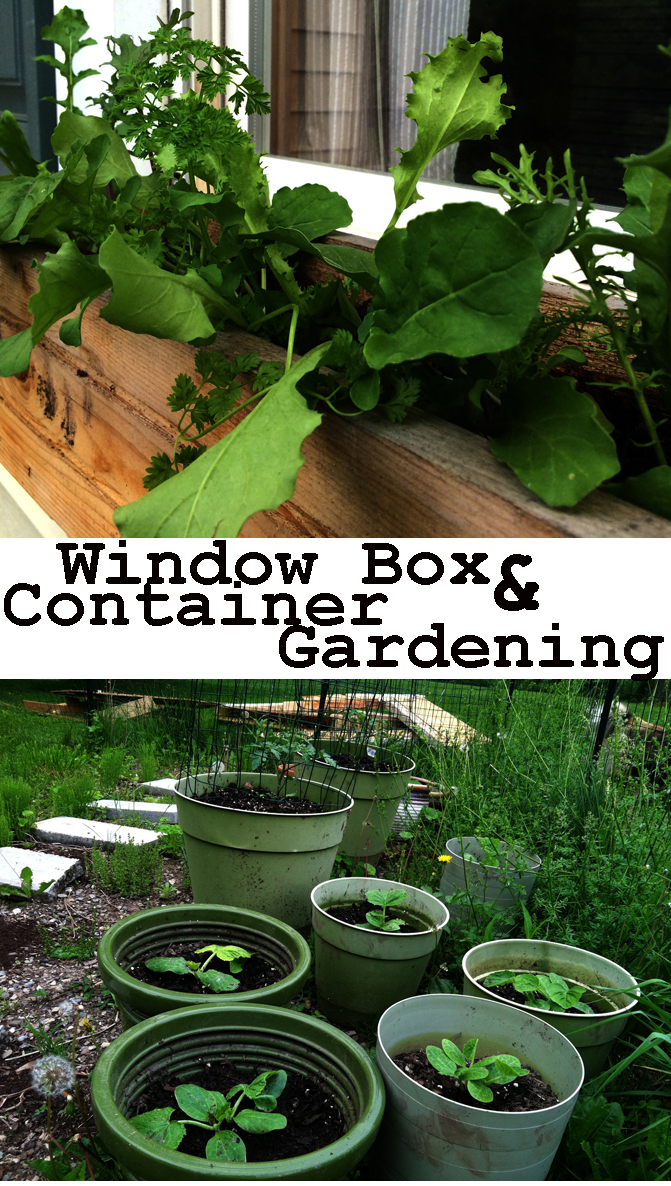