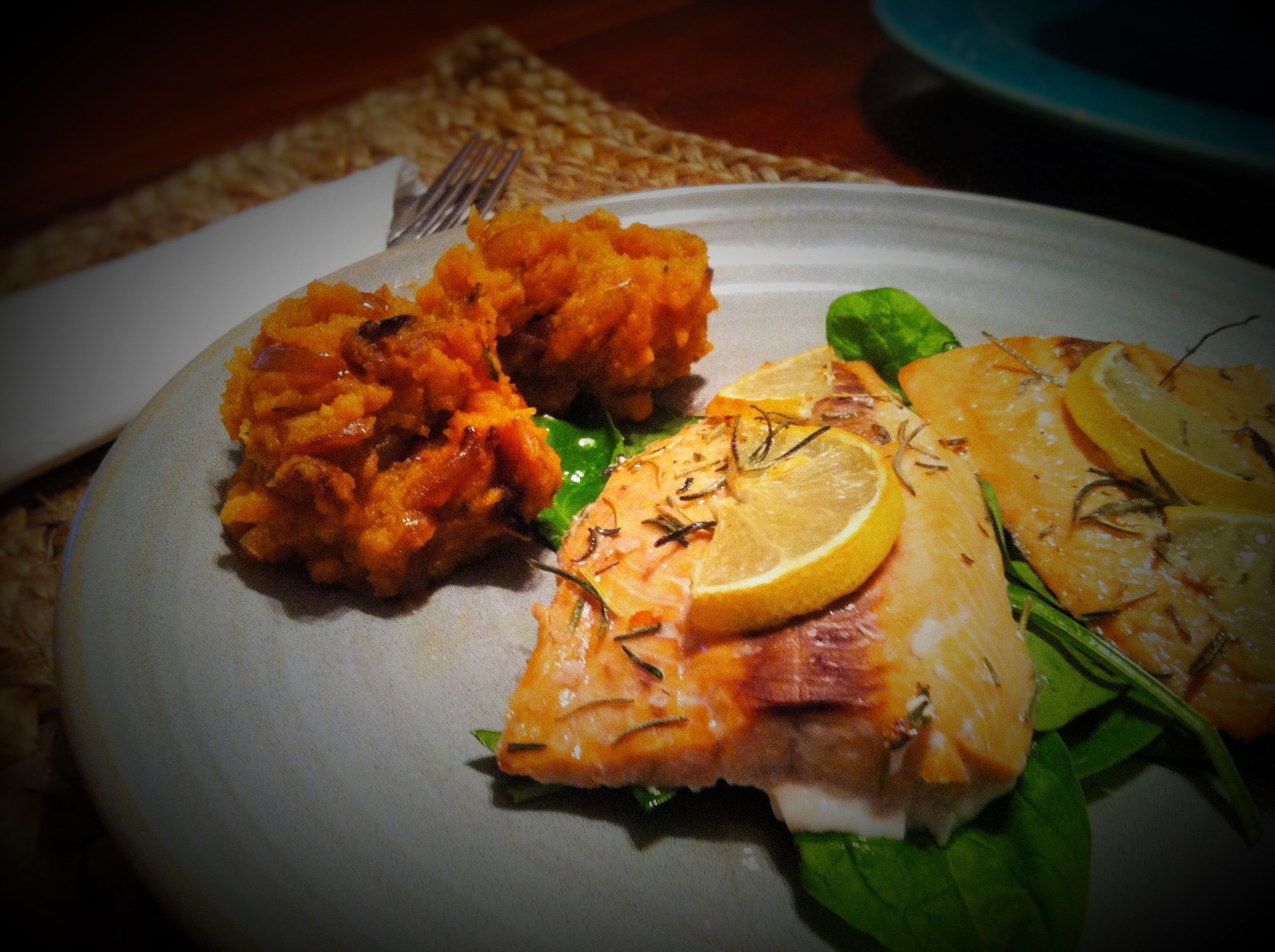 I hate the cold. But I do like comfort food and I’ve started craving mashed potatoes lately, so I thought I would whip something up. I always have various recipes lying around whose ingredients I actually have on hand, so I rifled through the pile and saw: Rosemary Mashed Sweet Potatoes with Shallots. Couldn’t wait! I had ripped out a page from Cooking Light magazine’s November 2014 edition. (Original recipe found here.)

Now, what to pair with it? Rifle, rifle, rifle. Lemon Rosemary Broiled Salmon! This one is from the book Practical Paleo by Diane Sanfilippo. (Book found here

Now, both of these items don’t actually take all that much time to cook, so I waited until my husband gave the “I’m coming!” text to start the heat, but the prep work I did before. 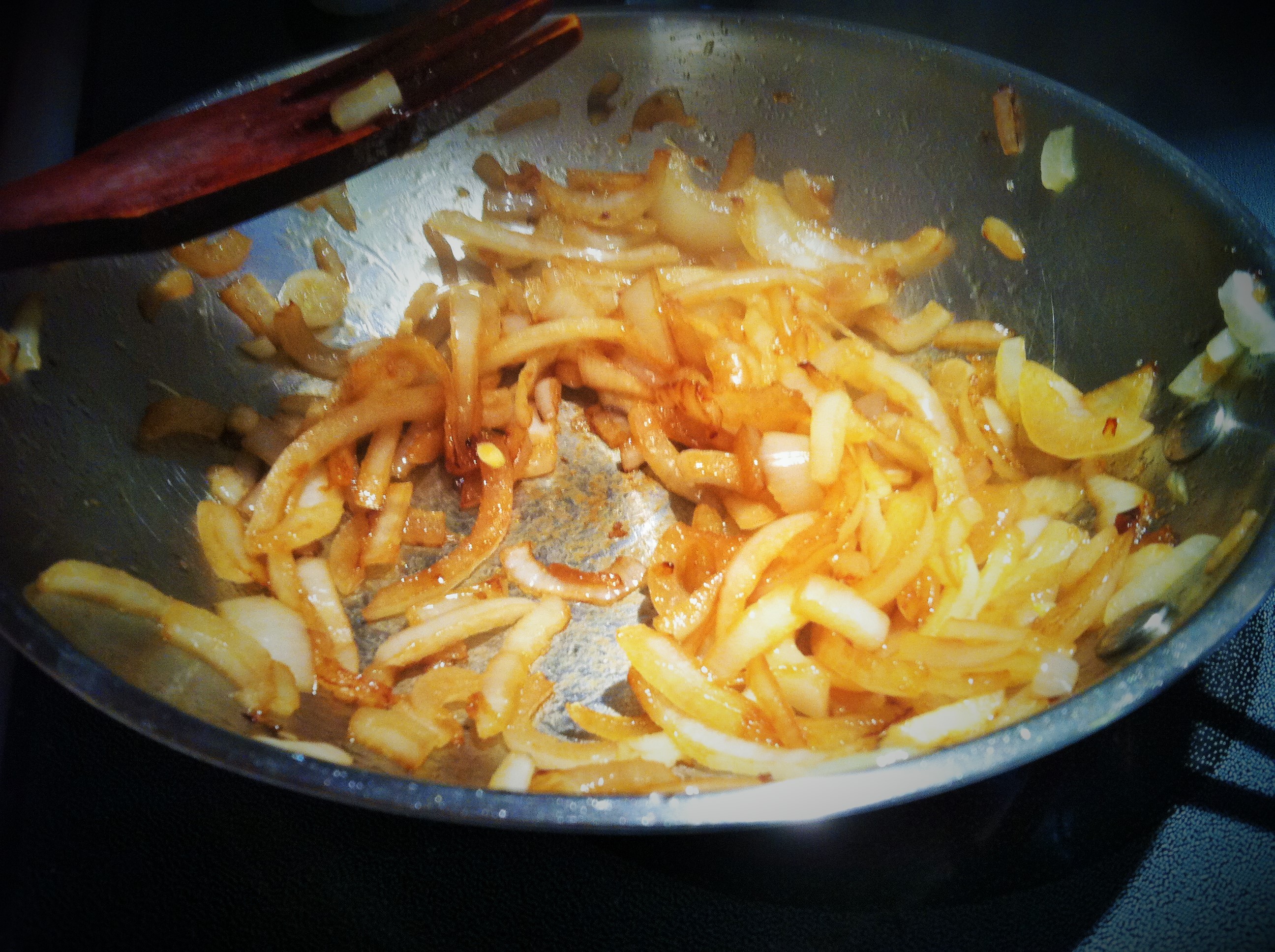 I heated 4 teaspoons oil (I used coconut, but the original recipe called for EVOO.) in a medium skillet over low heat. Then I added in one whole onion (You can use a different vegetable for low-FODMAP–try red peppers!) sliced into little slivers. (The original recipe called for shallots, but I didn’t have those on hand–too fancy.) I cooked the onions for about 10 minutes, stirring whenever I stopped looking at my phone. Grabbed a heaping teaspoon (1 1/2-ish) of brown sugar and tossed it in, cooking and stirring for about 15 minutes. Once done, I put them in a bowl and let them wait, too, until I was ready for those delicious suckers. 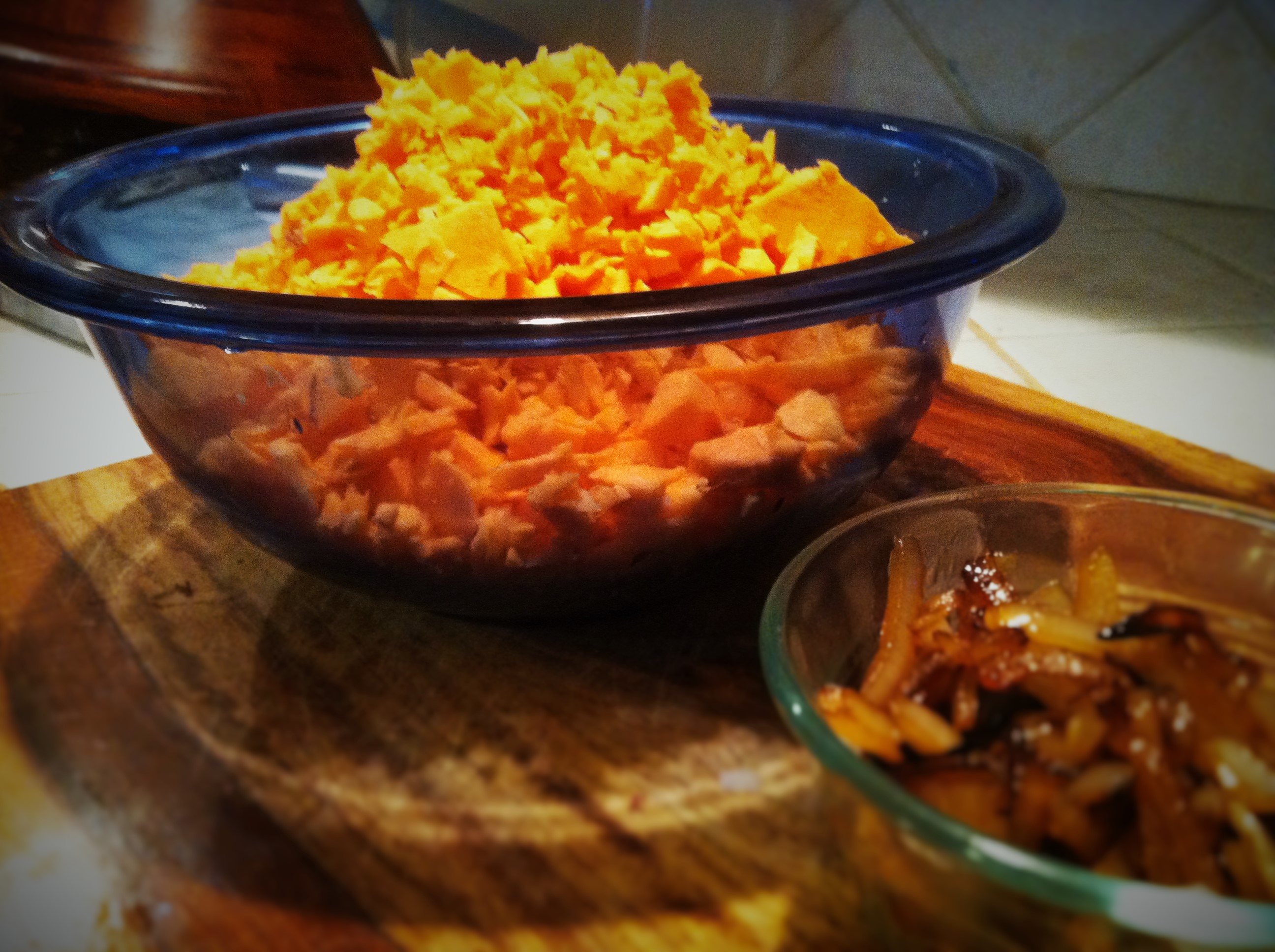 The sweet potatoes were tackled while working on the onions. I peeled and diced two large sweet potatoes.(Recipe calls for 1 1/3 pounds but I hate weighing.) I put them in a medium saucepan covered with a bit of water in the bottom and let them wait on the stove until I was ready. 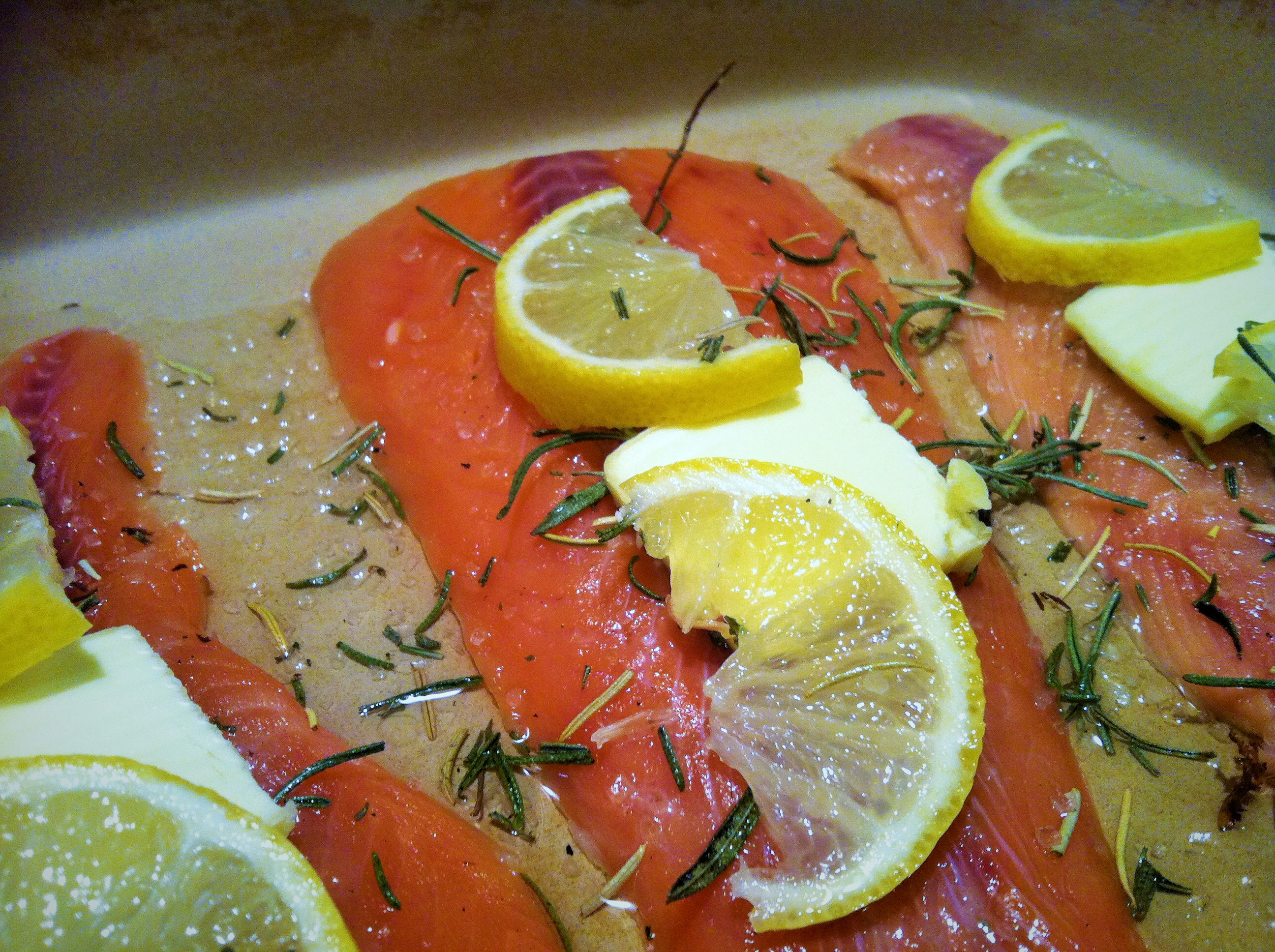 Then, I prepped the salmon. I used frozen salmon (Isn’t it all frozen first anyway?), so I thawed it quickly in some warm water in a bowl in the sink. Snipped off the little packages, patted dry, and placed them on a plate. I took my Pampered Chef stoneware casserole dish

out and added some coconut oil to the bottom to coat it (approximately 2 tbs.). I put the salmon down and little pats of vegan butter on top of them with lemon half slices. 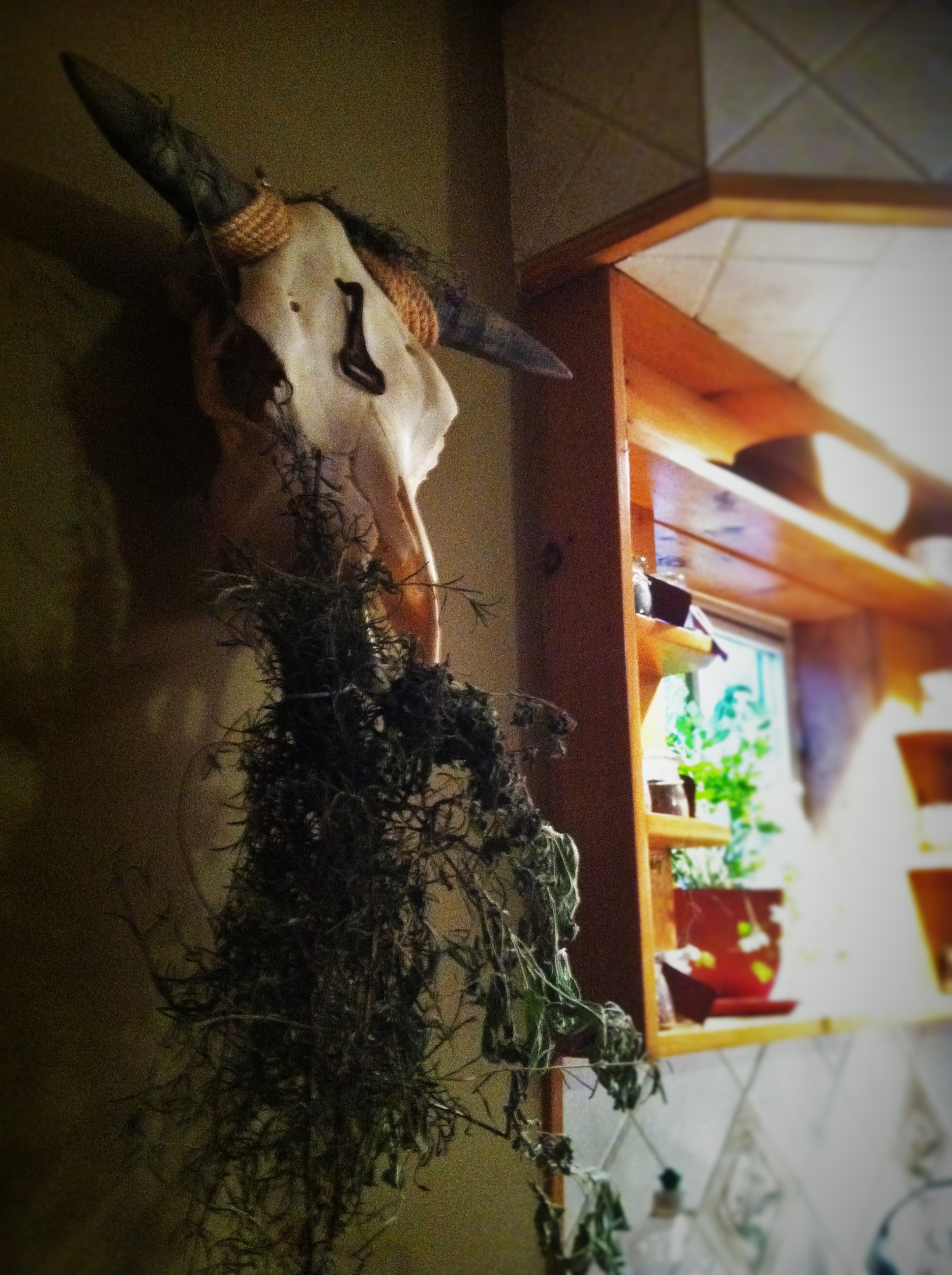 I then sprinkled on rosemary salt (rosemary from the garden I had hanging under a skull in the kitchen and coarse sea salt). I didn’t measure–just sprinkled some in a bowl and stirred. Use your judgment for how much salt you want. Plenty of rosemary allowed though! 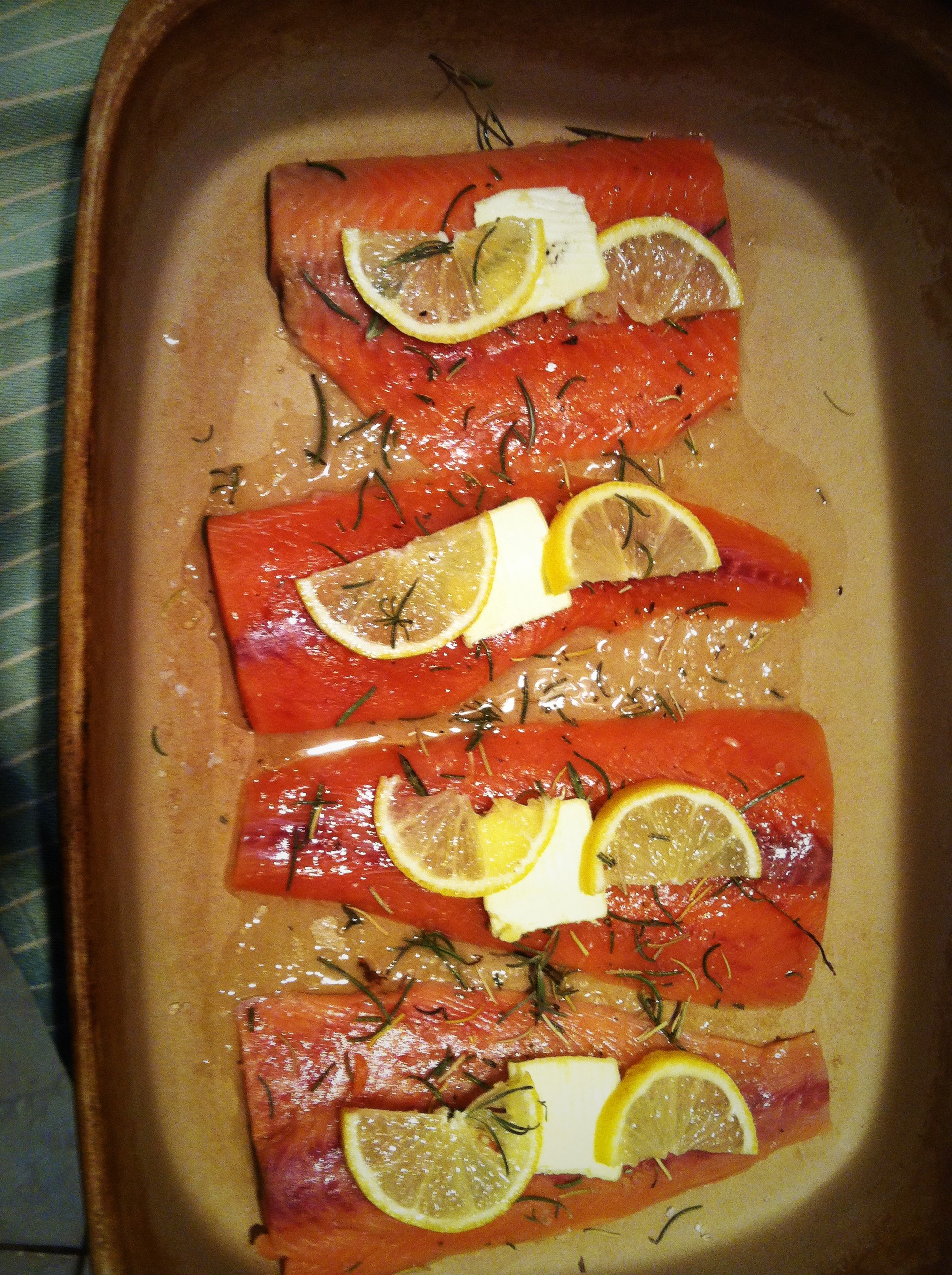 I just let that sit to the side and waited for the text message from the hubby. Ran outside with the pup for a few minutes and then back in. Text arrived!

Now for the finishing parts. I brought the potatoes to a boil; cooked them 6 minutes longer (or until tender depending on how small you cut them). Drained in a colander and placed them back in the original pot with the lid on.

I turned the broiler to low (or “lo” as the oven says.

) and popped the salmon in. I turned the light on in the oven, so I could peak in on occasion, but I set the timer for 10 minutes.

I grabbed two plates, two cups, silverware and napkins. Filled the water glasses with lemon-infused water and set the table. (I lie. I set up tray tables and turned on Jeopardy.) 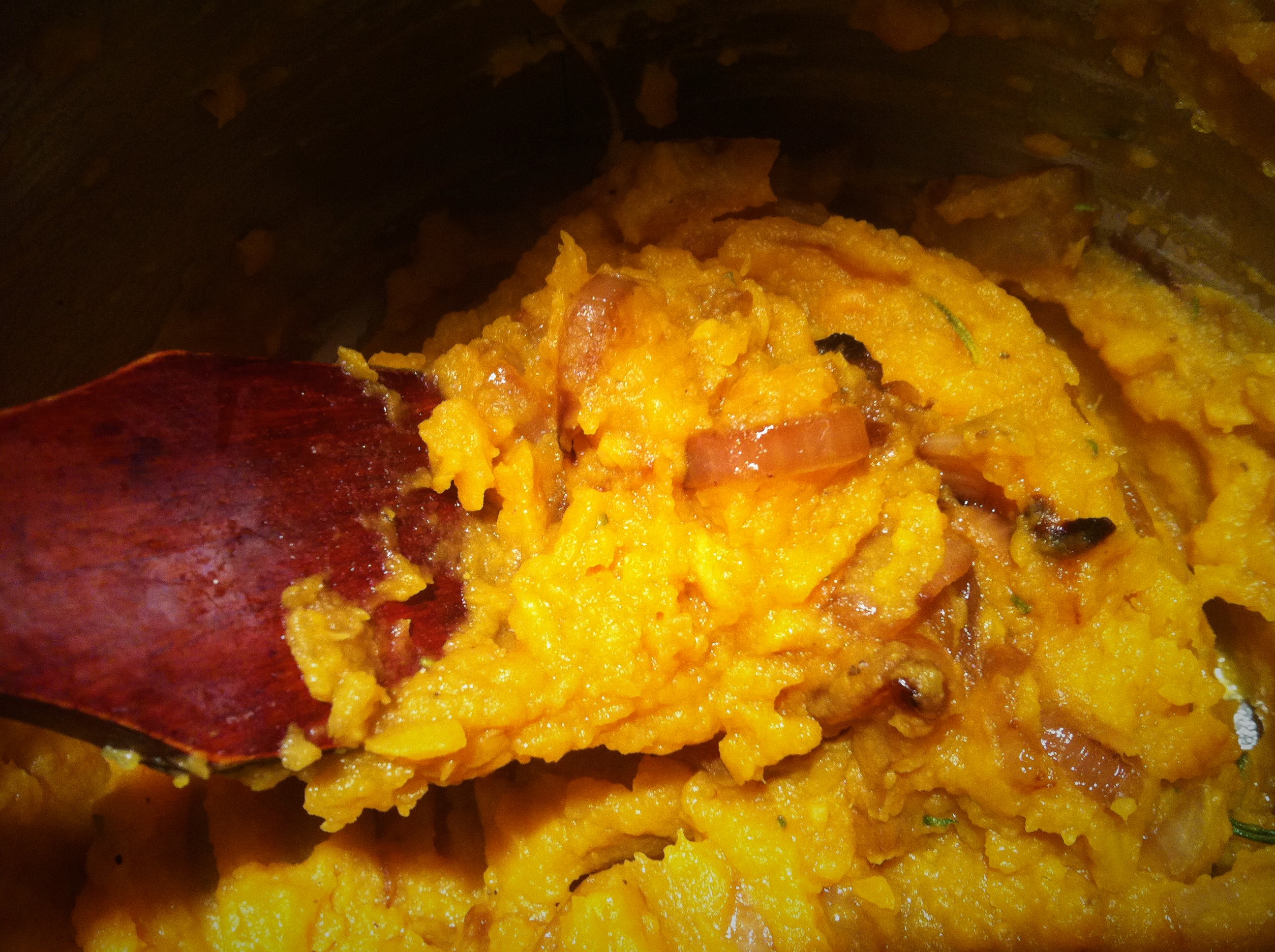 Back to the sweet potatoes! I plopped in the onions, some rosemary, salt and pepper to taste, and a dib dab of olive oil. Then I used my emulsion blender to make them all nice and creamy. I put the lid back on the pot and waited. If your timing is a bit off,  you can turn the burner on simmer and stir before serving. 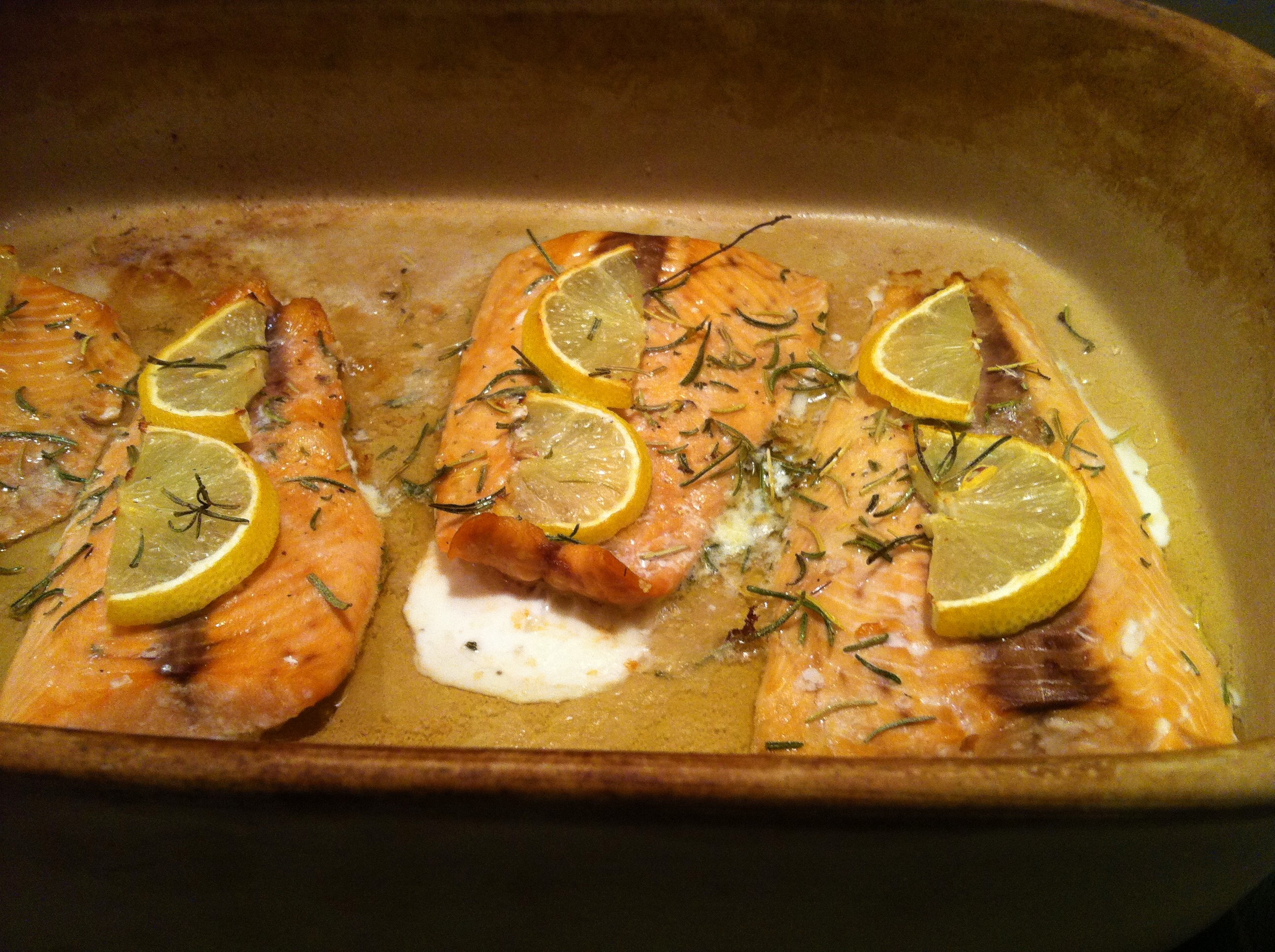 Husband walked in! Oven timer went off! Puppy excited! I pulled the salmon out, gave my husband a chance to settle down, and then I plated the meal.  I try to put a bed of greens underneath most meals so that I don’t feel like I’m forcing a salad down, but I eat a lot of the greens with mouthfuls of delicious food. 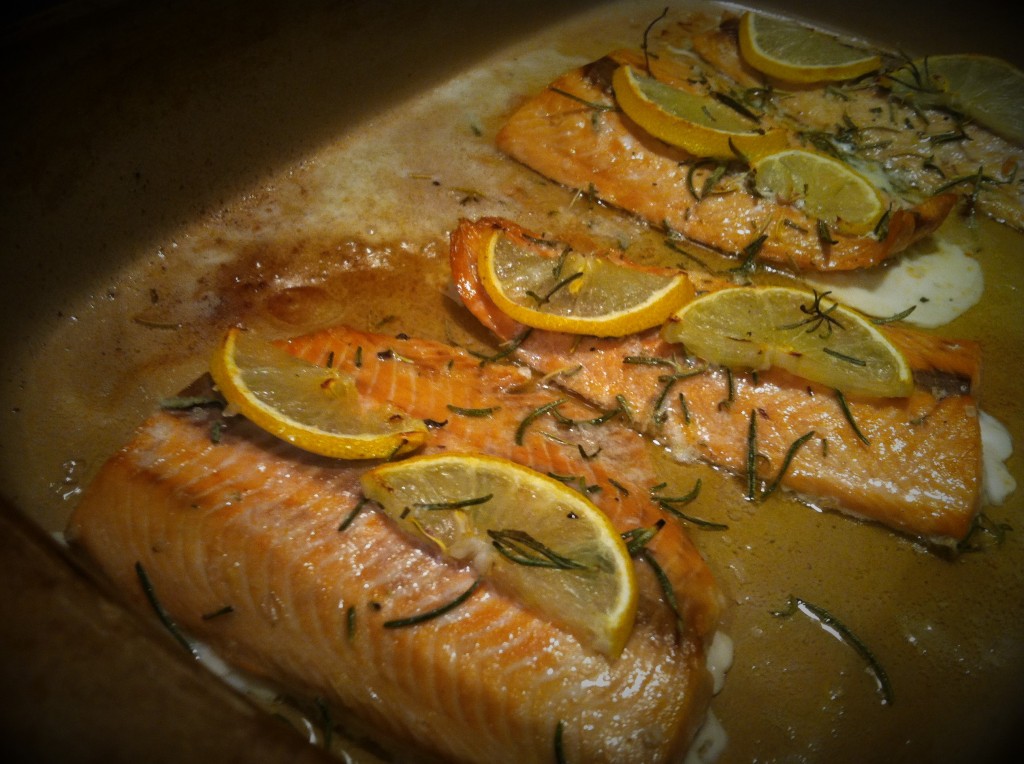 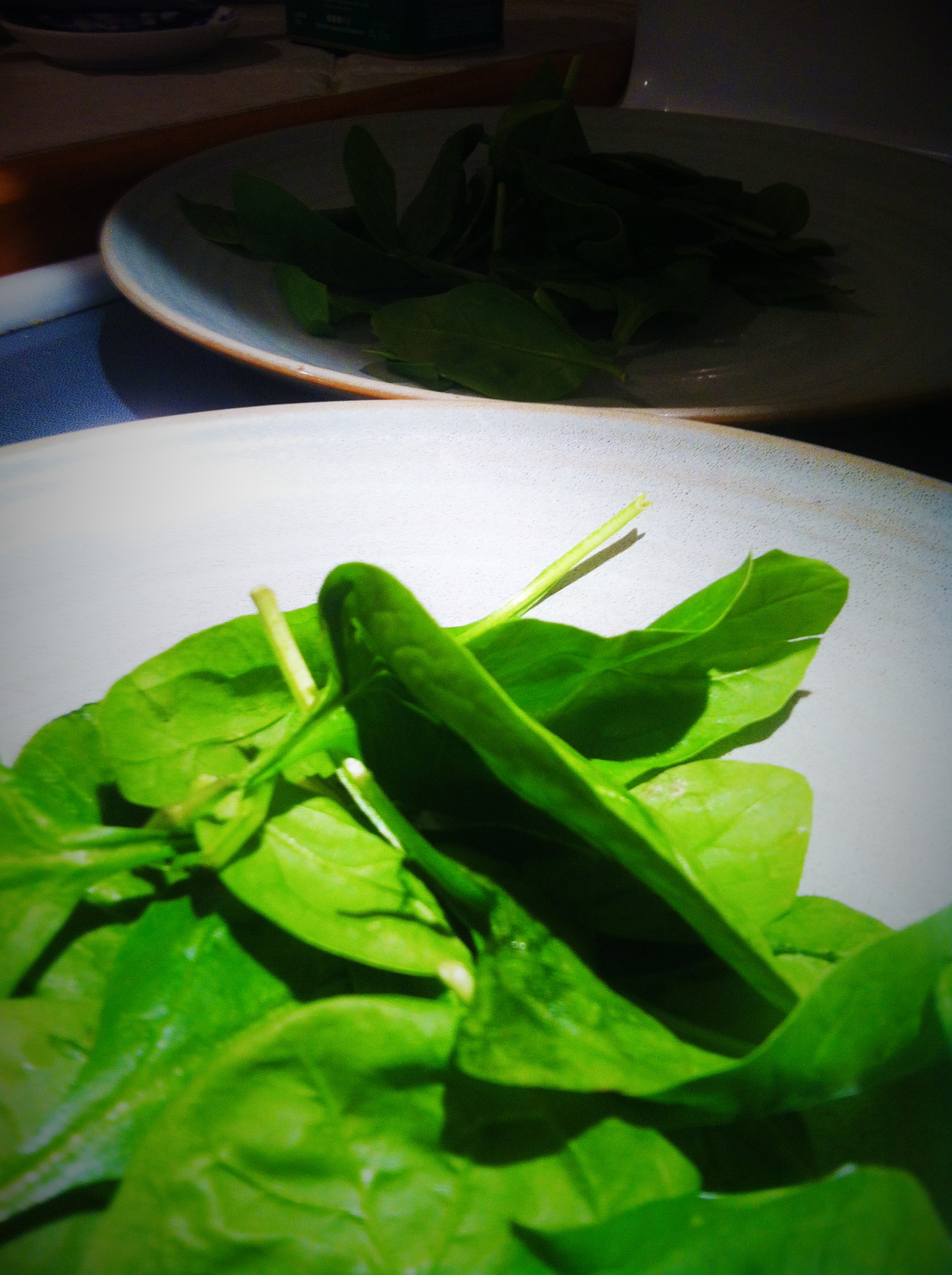 He said the sweet potatoes are totally going in the make-again book.

He said they were surprisingly savory. Oh! I thought the salmon was great, too, with just the right amount of lemon and rosemary. Next time, maybe I’ll get fancy and use thicker pieces–they happen to not dry out as easily. But…frugality wins!

So great! Super easy and delicious. And don’t forget healthy! 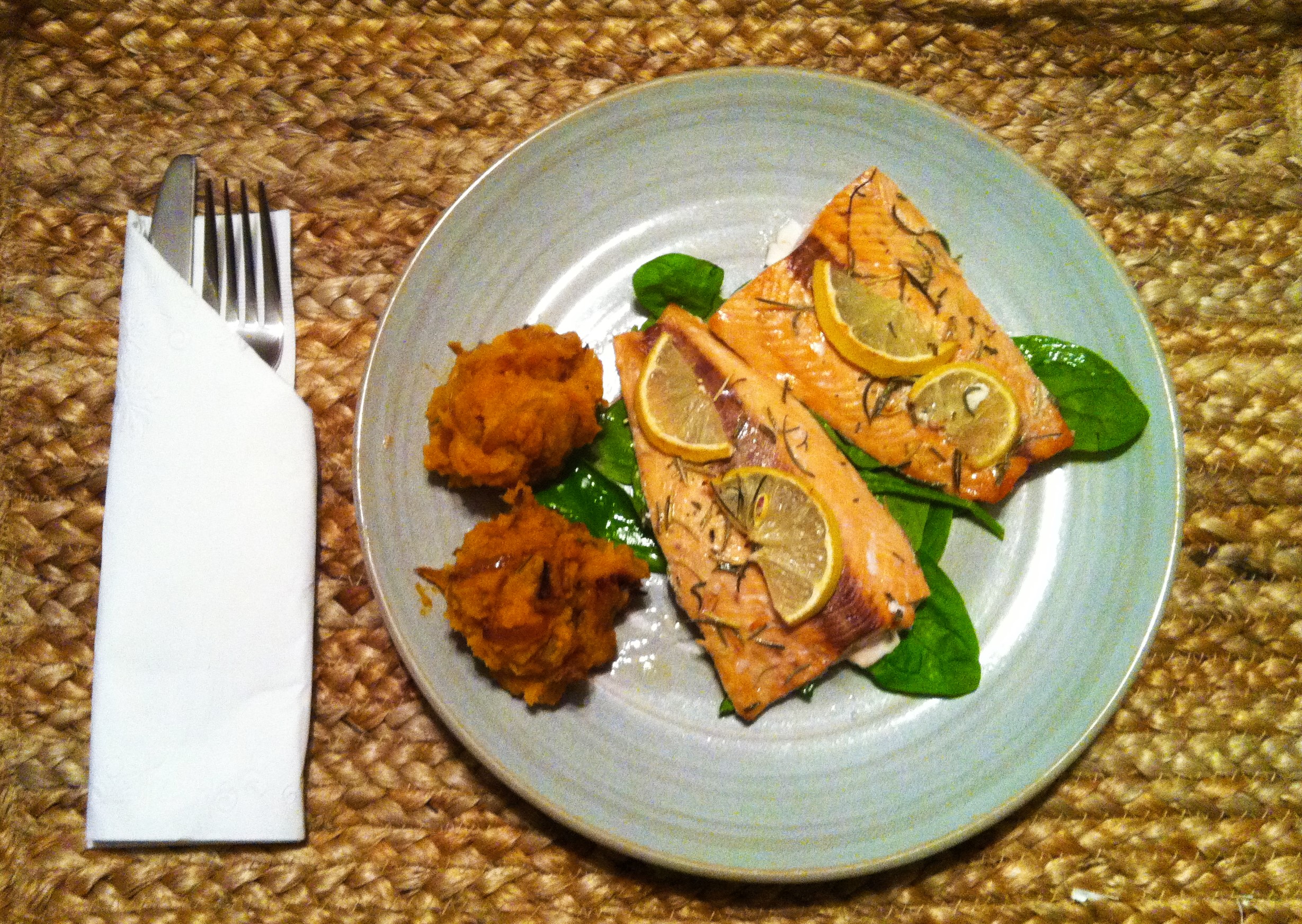 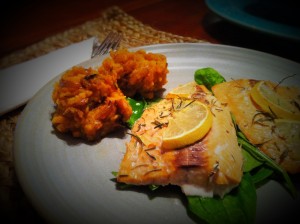