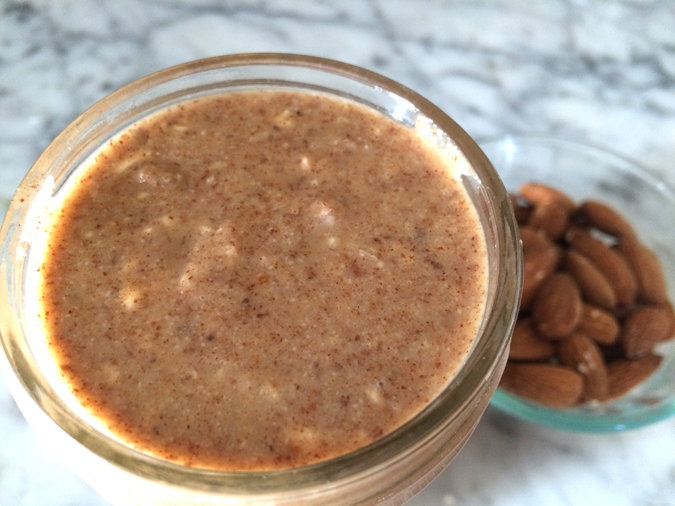 I’ve been obsessed with nut butters since pregnancy kicked into overtime. Visible belly, insane hunger and thirst – and all around happiness.

The problem: almond butter is expensive. Especially the all-natural kind that has no sugar – just almonds and salt. So I didn’t buy it for a while to “fix” my habit.

But then I just got into the hub’s Peter Pan peanut butter. I finished a jar – almost by myself – in a week. I tried not to look at ingredients. I just had to keep peeking though.

“Peter Pan Peanut Butter complies with U.S. Standards of Identity for peanut butter by containing more than 90 percent select roasted peanuts. It also contains extremely small amounts of vegetable oil stabilizers, which improve smoothness and prevent the natural peanut oils from separating from the product and rising to the top of the jar. To enhance the flavor, Peter Pan Peanut Butter also contains sugar and salt.”

But that vegetable oil stabilizer is hydrogenated oils.  Blech. And that sugar is corn syrup solids. More blech. And, oddly, soy. I looked it up: commercial peanut butter is 60% peanuts. Silly, silly peanut butter.

And here’s where this almond butter came in.

I would normally have just gone straight to the pure form. Almonds, roast, salt, blend. But I had tasted the super-processed stuff and my brain had re-wired.

The process is the same though if you want purity and sugar-free. Start with these guys. Or any almonds. Pre-roasted, raw, doesn’t matter much. 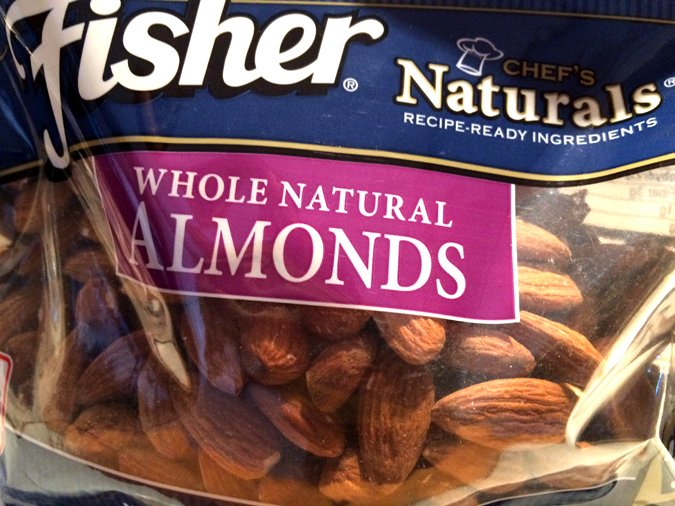 Spread them out on a cookie sheet in a single layer. Steal a few off the sheet (you know, so they don’t crowd each other). 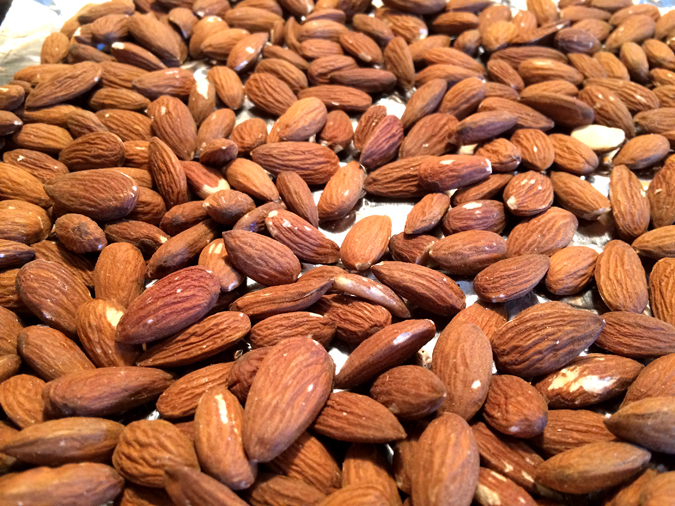 Put them in a 350 degree oven for approximately 10 minutes. I used 2 cups’ worth. 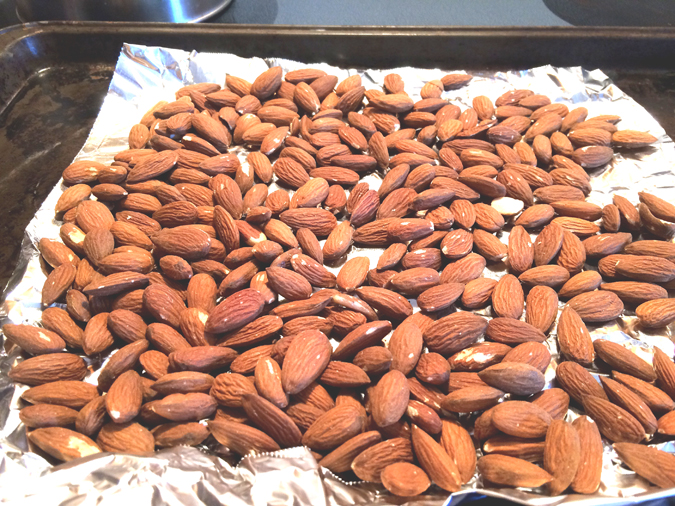 They’ll be a little darker and a little fragrant. Perfect! And steamy! 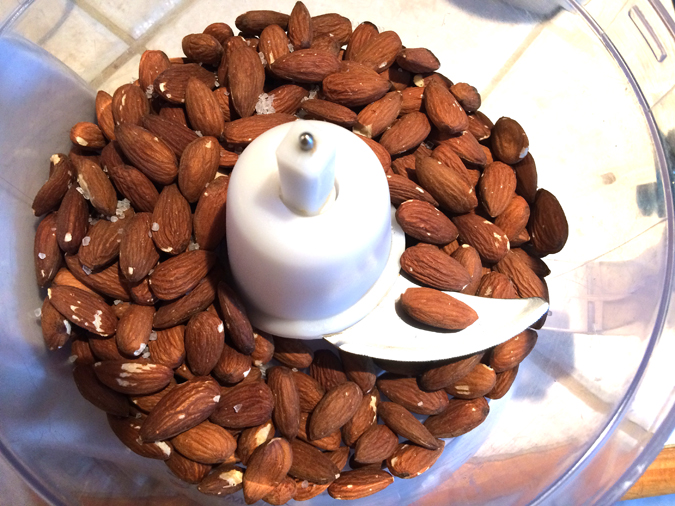 Toss them into your mixer of choice. I used a food processor so I could go hands free – as opposed to my Ninja blender. Throw in a bit of coarse sea salt. Or any salt. I’m not a snob. 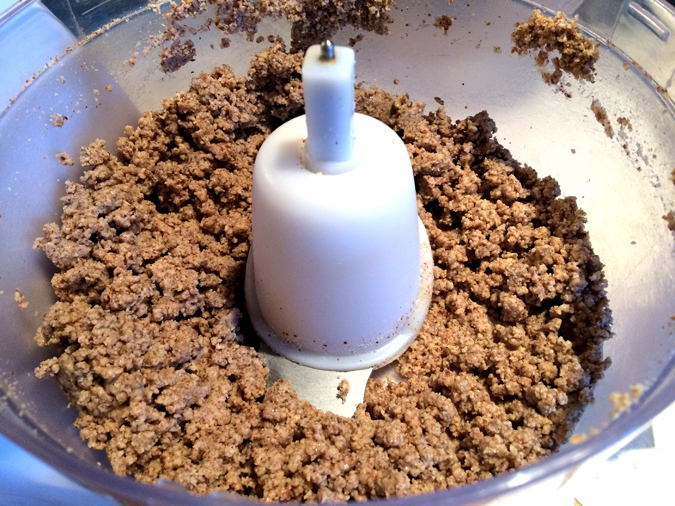 Do the processing in spurts. You don’t want to hurt your motor. This is phase 1 after approximately 2 minutes of mixing. REST the motor. Grab a drink. Pet the animals. 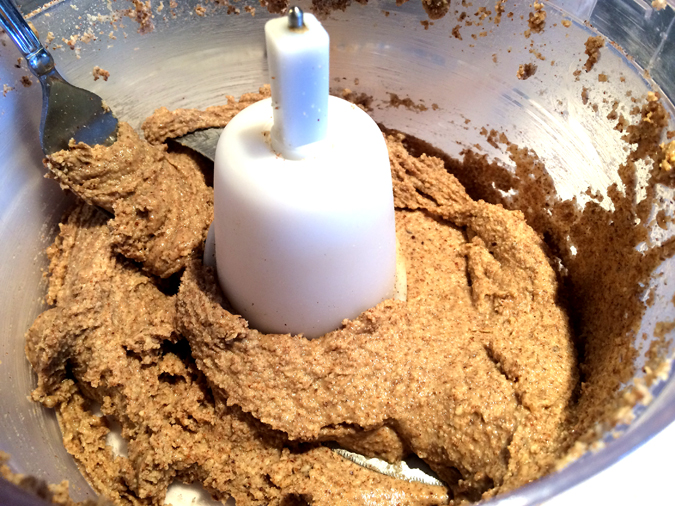 This is approximately 5 minutes in. You could stop here and have super heavy, dry nut butter. But you shouldn’t. 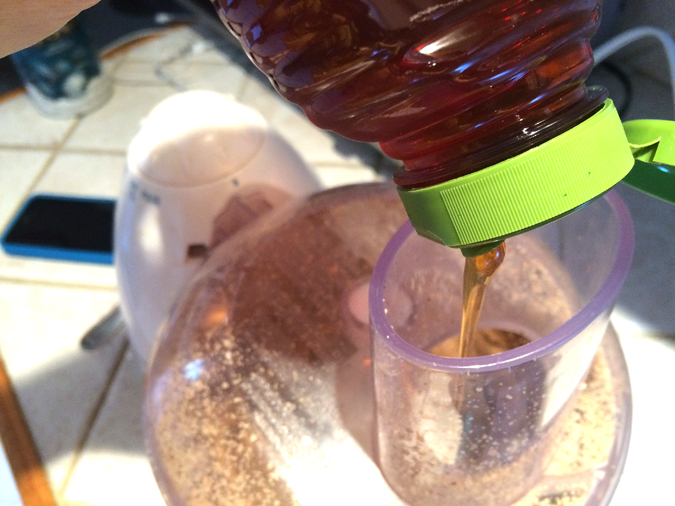 Here’s where I added some honey. But this is optional. I did approximately 1 tablespoon. Add or subtract based on your own sugar preference. You can also use maple syrup for low FODMAP, but I’d advise against any other kind of sugar because the liquid helps loosen the nut oils.

If you skip the sugar, you might need to blend for a full 10 minutes. I was able to stop at 8. 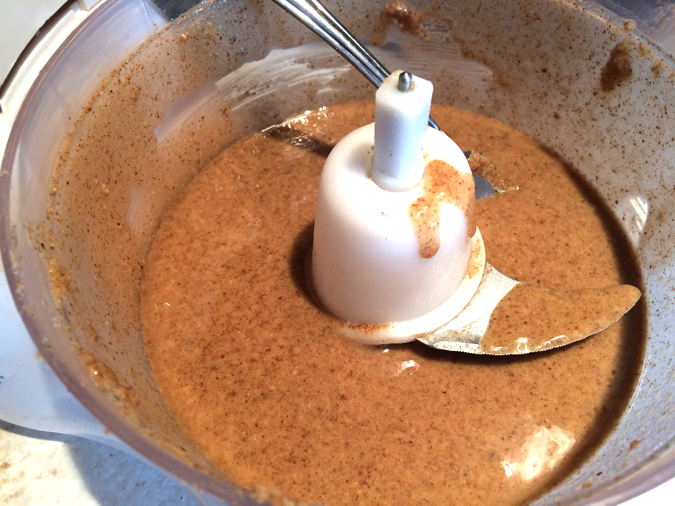 If you’re going and going and it’s getting past ten minutes and you’re getting impatient, you can add in a little oil. Liquid coconut oil or canola oil are best if you have those on hand. But that decreases the percentage of actual nut in the nut butter. Boo to that.

I wanted mine a little textured so I popped in the rest of the almonds from the giant bag. I also tapped in some cinnamon at this point. About 2 teaspoons. 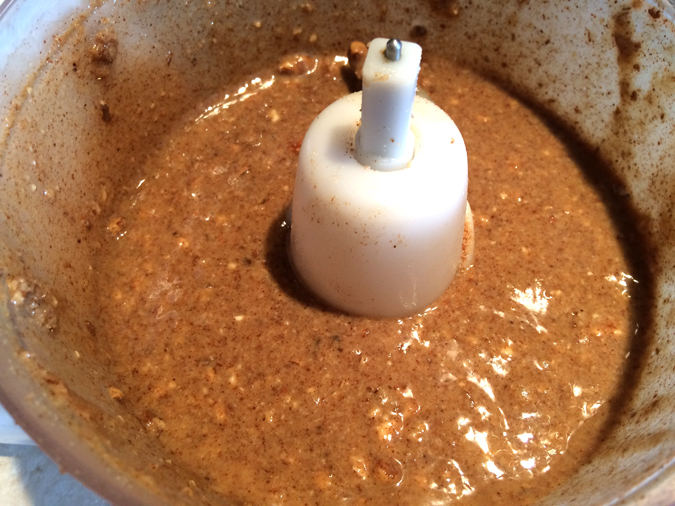 Perfection! Creamy, but with a little crunch! Sweet, but not too sweet, with the perfect amount of cinnamon! 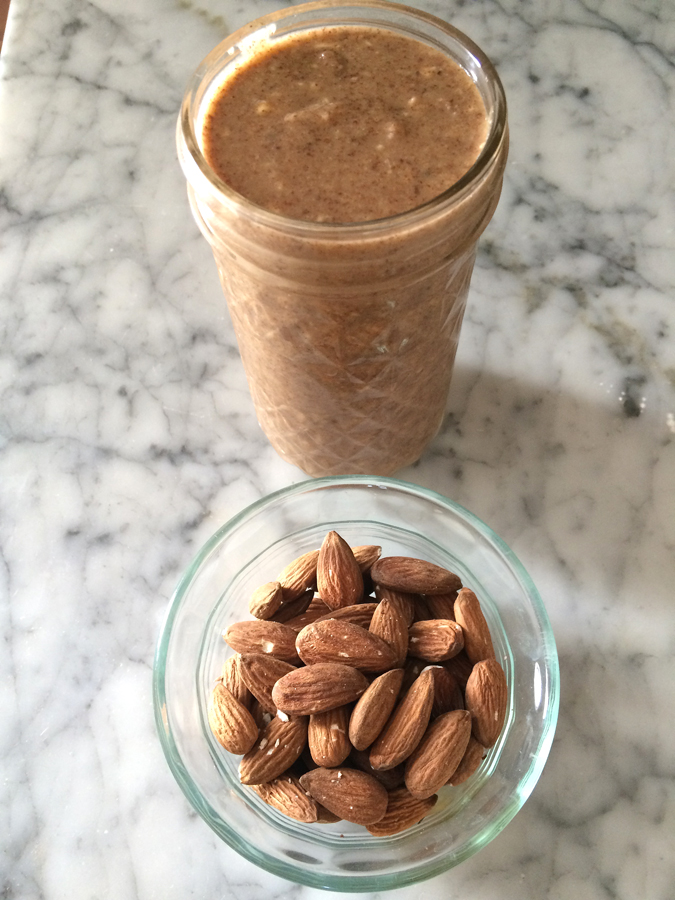 After a tablespoon or two of tasting (for quality control purposes), it fit into a tall mason jar glass and was ready to go in the cupboard!

So, if you have a processed peanut butter fetish, you must try this. Better for your heart, your gut and your soul!

Don’t hide behind the fear that it can’t be done cheaply and easily! Get out and try it! :0 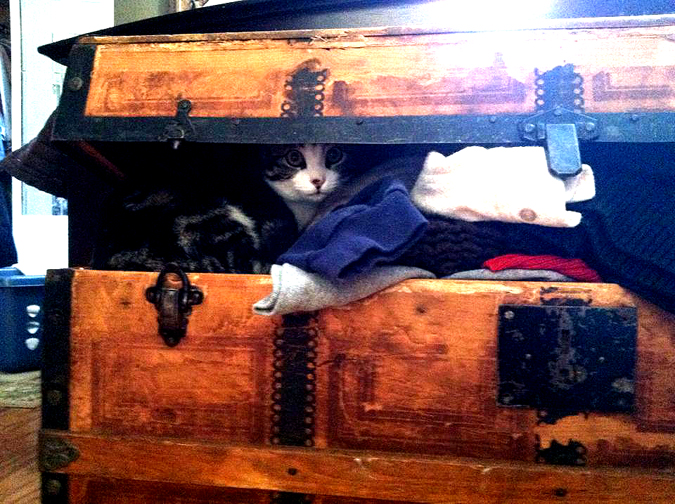